A sunny day in late December 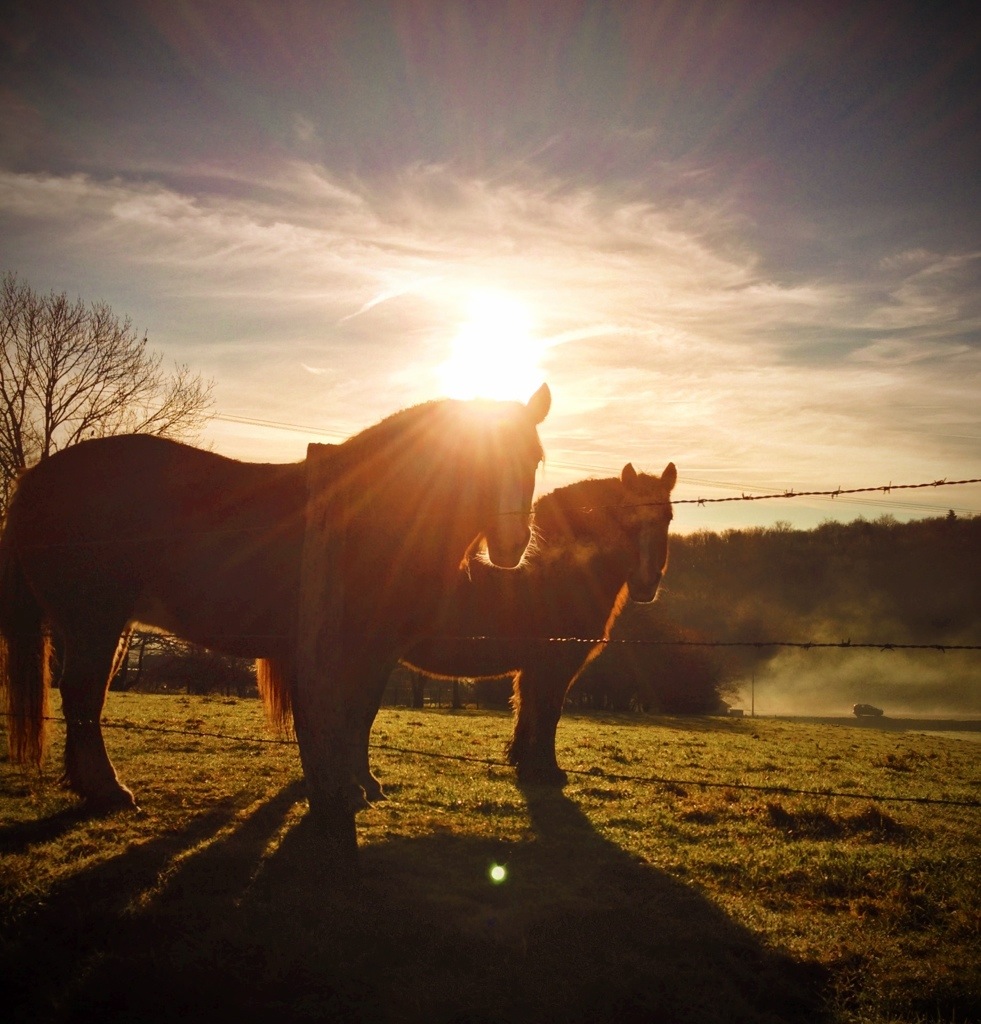 After two days of torrential rain and winds strong enough to fell trees, woke this morning to bright sunshine and blue skies.

Smoke was pouring from chimneys and drifting down to ground level, where it was meeting steam drawn up from the road by the sun. There was still water pouring down the hill sides, flooding the roadside ditches and the fields, cascading from field to field. Meanwhile the sun was belting down enough heat for it to feel like a warm spring day. The car thermometer reported 10°C, but in the sun it felt more like 20°.

Elodie and I went shopping at the Intermarché in Giromagny. On the way we passed these horses in the field down the road from the house in Auxelles. It was hard to get a decent photo. They were standing in front of the low sun and I could get the blue sky or them and a blown sky. In Giromagny I bought makings for pizza and tarte flambé, and some Hoegaarden raspberry beer (just 3% alcohol, which suits me).

From the soggy garden in Auxelles there was a wondrous view across to the Alps in the distance. The garden is boggy, with a couple of drainage ditches which were today full of fast-flowing water. There are also several sinkholes (or wells), one of which is only covered by a broken pallet. The garden has an extreme slope, and in some places you can see evidence of what used to be ponds – not ornamental, but natural. I don’t do land measurements, but the garden is bloody huge.

After taking the kids for a walk round the village this morning, I spent the afternoon painting the front room with some kind of horrible sticky white paint. When we were talking about it earlier in the year, the idea of painting everything white seemed sound. But I’m already sick of everything being white and would kill for a spot of colour. I’m thinking yellow would be sunny and cheerful in a house that’s been too dark and too stuffy for too long. I’ve been daydreaming about getting one of these, for example. Yellow is an option, but my ideal would be the kind of orange that soaked the sky as the sun set this evening. 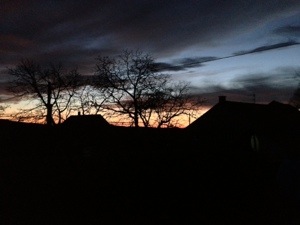