The women of country: missing in action in the 21st century 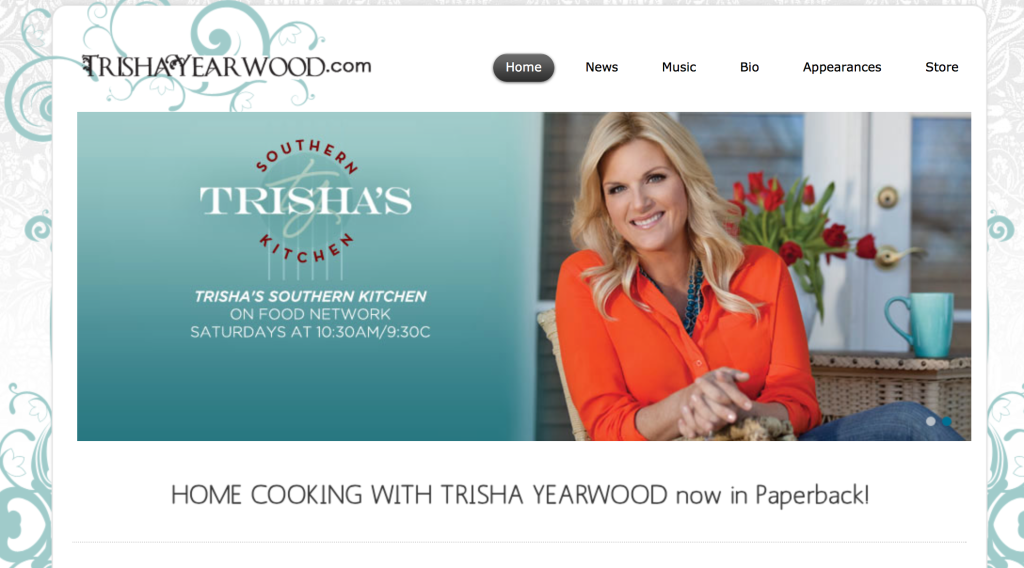 Trisha Yearwood, one of the greatest singers of recent times, has not put out an album of new material since Heaven, Heartache, and the Power of Love in November 2007. Looking at her discography, it’s painfully obvious that she has released very little new material since the turn of the century. Just four albums since 2000, and only three in the 21st century proper (i.e. since 2001).

Her relationship with the label MCA ended after Jasper County in 2005. It was a bit of a flop, true, and she probably needed a fresh start. Heaven… came out on Big Machine but only managed to reach #10 in the Country chart, and didn’t even reach Gold certification.

Search for “Trisha Yearwood Discography” and before you have finished typing the “Di”, the Google offers these suggestions:

Add the S and the “discography” option finally appears, along with:

Ah, yes. Dip, Dishes, and Recipes. That’s what Ms Yearwood appears to have been doing for the past few years. Staying at home, writing cook books, making a food programme for a TV channel, and most definitely not recording a new album or going on tour. Nothing wrong with any of that, but I no more want to buy a cook book by Trisha Yearwood than I want to buy a country album recorded by Delia Smith.

If it was just Trisha, we could leave it there and move on, but it’s not.

Consider the case of Faith Hill. A similar artist, with a voice that doesn’t quite match the Yearwood instrument, Faith Hill was nevertheless a major artist on a major label, in this case Warner.

Hill has released just two studio albums in the 21st Century, if you don’t count the Christmas album, which I don’t. Even if you do count it, just three new albums in 13 years is poor, especially considering that her last proper album was #1 in both the Country and mainstream chart, and was certified double platinum. Her previous albums, Breathe and Cry, performed just as well.

Ms Hill has been hitting the Vegas stage of late (which beats touring if you want to stay home with the kids), but the only new product since 2005 has been in the form of the odd single. These singles tend not to be released in the UK at all. They’re also a little *ahem* patriotic for my taste. Fucking Americans and their wars.

The Dixie Chicks are also M.I.A. in terms of recording. If they’d announced a split following Taking the Long Way in 2006, that would be something. It would even be understandable, given the controversy that followed them around following Natalie Maines’ comments about George W Bush. It may well have been that the other two were a bit pissed off at having threats against their lives, damage to their properties etc., and maybe they just didn’t want to give their critics the satisfaction of announcing a split.

All of which is moot, because they’ve been playing live recently, and have announced tour dates. Just no albums. Robinson and Maguire have released two as The Court Yard Hounds and Natalie Maines put out her solo album last year. I bought the first CYH album but thought it was a little on the bland side. Didn’t bother with the follow-up, and didn’t bother with the Maines solo album, which strays uninterestingly into the rock genre. I no more want to hear Natalie Maines singing rock music than I want to hear Sheryl Crow singing country. Yeah, you heard me.

Looking through my collection of music, thinking about the artists who were my favourites ten years ago, the women in particular seem to have fallen by the wayside. This breaks my flint-like heart. News in brief:

Is it about having babies? Is that what it is? I don’t know. You don’t see the men of country taking time off to have kids, except Garth Brooks, maybe. I’ve no objection to a career break, it makes perfect sense, and I completely understand why you wouldn’t want to tour an album. But you can’t even record one? Not even on your back porch, on a laptop? Are the labels so inflexible that they won’t contemplate releasing a record if you’re not willing to spend months on the road? Sexist pigs, if so.

Is it about a lack of material? Are all the good songs going elsewhere? I hardly think so. It’s not as if female vocalists are crawling all over the airwaves snapping up all the songs. There has been, in fact, more of a tendency for singer-songwriters as opposed to “mere” performers, so the market for hungry songwriters must be hurting.

A few new female artists have stepped into the breach, but I miss all the above. I know the industry makes it difficult for women, and country radio is sexist, but it’s as if they just give up.