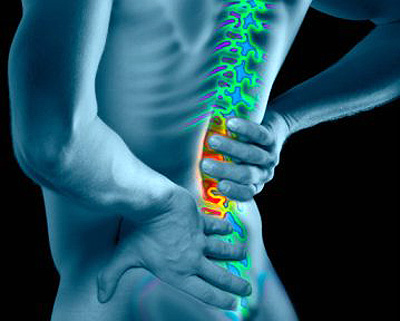 I finally bit the proverbial hollow point round and paid for a proper bike fit at the Trek Bicycle Store in Milton Keynes. I’d seen this process demonstrated, and after suffering aches and pains for too long, I decided it was time.

The principle problems were:

The severity of these pains varied. Let’s use the 0-10 scale that doctors like to use. I’ll say a “10” is where the pain gets so bad I have to stop the bike and get off for a rest. I’ve occasionally had to do that. Last summer, for example, my foot pain got so severe on a 2-hour ride that I was forced to stop for quite a long time at the side of the road, remove my shoe, and allow it to subside. Twice. On a couple of occasions, too, the lower back has been so bad that I needed to stop for a five minute break. Usually felt much better after even a short break. Most of the time, my pains hover around the 7-8 mark. I can get around, but not without grimacing, and I don’t really enjoy my rides.

The process wasn’t quite as I’d seen demonstrated, but I didn’t feel shortchanged. In the end, this was like a 90-minute consultation with a doctor. I could go to the Doc tomorrow with back pain, but I’d only get 5-10 minutes, and all a GP would ever do is put you into the system for x-rays and trips to a consultant some months later.

We established that (1) I have a fallen metatarsal arch. So when I ride, the ball of my foot collapses, squeezes together, and causes severe nerve pain. There you go. I’ve tried four different pairs of cycling shoes, two pedal systems, and several sets of insoles. The guy recommended that I get myself a metatarsal support, but also criticised my choice of pedal and shoe.

We measured my feet. My right foot is only a 41 and my left is a 42, but my feet are very wide (E), which is why I’ve always ended up in a 43 shoe. But this means my right foot is in a shoe two sizes too big.

(There really should be a web site for people who have odd-sized feet to each buy a pair of shoes and then swap for a better fit.)

He recommended Time XPresso pedals, which have a very large platform in conjunction with their iClic cleats. Even though I was using Shimano touring pedals, the SPD cleat still created a concentrated hot spot.

I also bought some Shimano road shoes with an E fitting. I’d previously tried Specialised and Shimano, but in the wrong size (45! Or four sizes too big for my right foot). The 43 does feel tight, but is apparently providing proper support and stopping my foot from moving around.

He tested my gait and my flexibility. I walk a bit lopsided, but my (3) hips are (yay) quite flexible. My (2) hamstrings, on the other hand, are not.

Surprisingly, perhaps, nothing much more needed to change on the bike. It turns out that my pedaling technique is quite good, and my knees, hips and feet are in line. What was really wrong was that my saddle was too low: way too low. I’d lowered it in an attempt to alleviate pain, but this was the wrong thing to do. It was raised by more than 20 mm. The nose of the saddle was pointed slightly down, and I was advised to move my hands further forwards onto the drops and bend my elbows.

The guy also said that what a lot of people do when they feel back pain is to lean back and try for a more upright position. I admitted that this is what I do. But this makes things worse, it seems, putting more of your weight over your spine, and exacerbating the problem. So now I’m having to relearn how to ride, which is a bit tricky.

So I’m advised to try the current set up for several weeks. I’ve got the metatarsal pad on order. Last night, I went for a quick spin in the new shoe/pedal combination, but with my (wrongly sized) Bontrager insoles in the Shimano shoes. Verdict: pain.

Tonight, I put back the insoles that came with the shoes and went out for a 55-minute ride.

So, at the moment, a qualified success, and I have some more shoes/pedals to sell on eBay.

One response to “My Trek bike fit experience”