2. Looking Into You – a Tribute to Jackson Browne

The only surprising thing about this record is that it took so long to appear, and had to be driven 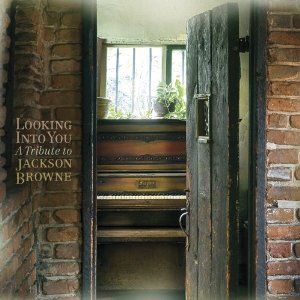 by a fan and not industry insiders. From the opening cut, Don Henley’s version of the venerable These Days (with Blind Pilot), you’re aware you’re in the presence of quality that runs deep. Some of the arrangements are more or less clones of the originals (The Indigo Girls’ version of Fountain of Sorrow), while others take delightful liberties. Bob Schneider’s hypnotically horizontal Running on Empty is beautiful, and Lucinda Williams’ broken down The Pretender is very moving. Bruce Hornsby’s take on I’m Alive is different from Browne’s studio original, but very similar to the way he has been doing it live. Sara Watkins’ version of Your Bright Baby Blues sent me scurrying back to rediscover the original. I love both versions equally. Perhaps my favourite among many gems is Keb’ Mo’s Rock Me On the Water, which adds a soulful groove and a nice bit of slide guitar to an old song, making it new again, and underscoring Browne’s lyrical brilliance. This is a great compilation that is still rewarding months after I first downloaded it.

One of the few women to get a bit of radio airplay in recent times (although they do tend to stick to oldies), Lambert has been rewarded for this excellent album with several CMA awards (Female Vocalist, Album of the Year, Single of the Year) and a number of Grammy nominations. When I first reviewed this, I called it a Fuck You to country radio, because she has chosen pepper the lyrics with swears and yet this is so clearly top drawer material that it’s impossible to ignore. I love the collaboration with Little Big Town, Smokin’ and Drinkin’, and the witty title track, but there are so many different moods here, it’s hard to pick a favourite. Holding on to You is a bluesy love song, while Hard Staying Sober is a raunchy break-up song. There’s nostalgia here, too, in Another Sunday in the South, the lead single Automatic, Old Sh!t, and even nostalgic sounds on the collaboration with The Time Jumpers, All That’s Left. The song Priscilla is a rueful acknowledgement of what it’s like to be married with the current King of Country Blake Shelton, but as I’ve said before, the balance of talent in that marriage is most definitely on the Miranda side. Shelton is alright, but his latest record does not make it into my top ten for 2014.

In recent years that Martina McBride’s release of all-new material has slowed down, and she’s interspersed her releases with covers of classics. Seven albums since 1999, including two, including this one, of oldies. Plus a Christmas album, also oldies. I’ve always found her albums patchy anyway, with just one or two stand-out tracks and an equal number that I skip forever. So I was fully expecting not to like this, her version of ‘blue eyed soul’, but surprised myself. While her cover of Sam Cooke’s Bring it on Home to Me doesn’t bear comparison to the original (it’s too slow), it does sound great in this company, along with a great cover of Van Morrison’s Wild Night and a polished What Becomes of the Brokenhearted. There’s even a cleaned-up version of P!nk’s Perfect which sounds quite good to my ears. She has a tremendous singing voice and it’s a treat to hear her tackling this more mainstream material. 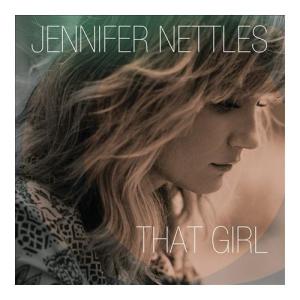 I’m starting to have mixed feelings about this one, but it still makes the list because there’s nothing wrong with it. It’s shot through with quality: powerful vocals, fine musicianship (including keyboards played by the late Ian McLagan) and good songs, such as Good Time to Cry, This One’s For You, Falling, and the title track, which flips Dolly Parton’s Jolene on its head. The same small unit of musicians plays throughout, so the album has a cohesive, organic, live-in-the-studio sound. In the absence of a new Sugarland album, and while I keenly await Nettles’ Sugarland partner Kristian Bush’s forthcoming solo release, this will do. Over time, however, Rick Rubin’s polished production starts to seem a little too polished, all of the edges knocked off. Compared to the hints of Bush’s album I’ve heard, That Girl is a bit bland. There’s a great Bob Seger cover (Like a Rock), but in the end, you know what I’d rather have? A new Sugarland album.