I went to see Jupiter Ascending, having as usual avoided all pre-release reading and spoilers. All I knew about it was that a couple of people I follow on Twitter had felt moved to defend it, like this, for example:

People! They gave us SCIENCE FICTION!!! Get out there and support #JupiterAscending

I wasn’t sure what to expect and I ended up pleasantly surprised. I can see why it’s going to struggle at the box office, however. There was so much world-building and so much exposition that for a non-fan of the genre it would soon reach information overload. But, for a long-term SF reader, there was nothing here that wasn’t familiar from any number of short stories and novels. In terms of plot, there wasn’t a lot to go on. The thing with science fiction is that it is so often the world building that matters – the implied narrative of how things came to be as they are is the plot, so in terms of this film, it’s the background of the interstellar empire and the cultivation of human life on various planets in order to harvest it.

There is something of a kitchen sink approach to this film. Interstellar empire? Check. Faster-than-light travel? Check. Immortality achieved through some hideous and unethical process? Check. A labyrinthine central bureaucracy? Check. An anchor character to whom all this is new? Check. 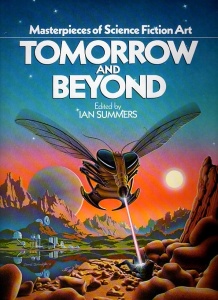 So I’ve read stories in which humans are genetically spliced and get wings and stuff (“New Light on the Drake Equation” by Ian R Macleod, for example). I’ve read stories in which the ultra rich can achieve immortality while regular people continue to endure desperate (and relatively short) lifetimes (“Beggars in Spain” by Nancy Kress, for example). You could point to all kind of antecedents, but the Wachowskis have taken the credit for an original screenplay. I believe the idea was to create a fiction world that could be turned into a franchise. If it flops at the box office, then maybe not, and so much the better. The Matrix wasn’t terribly successful in its sequels.

Apart from all the good, solid, science fiction ideas, the film’s visuals were also spot on. There were moments (approaching the centre of the interstellar civilisation) that looked like the cover art for any number of classic science fiction novels. From the ships to the cityscapes, the crowd scenes and the shots from orbit, the art direction was excellent. The costumes, too, played with lots of ideas from myriad sources. 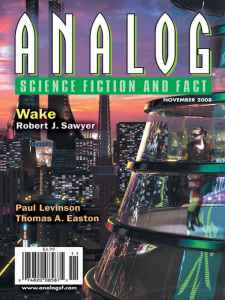 On the negative side, there were too many lengthy peril-free CGI-driven action sequences. They say they used stunts for much of the action, but it was still a bit of a yawn that could have lost 20 minutes from its length without adversely affecting the plot exposition.

In the end, it wasn’t so much a genre film as a film about the genre. The kitchen sink approach meant that it didn’t quite hang together as a movie regular punters would want to see, while at the same time paying homage to the genius of science fiction, its ability to build worlds and ask questions about humanity like no other genre. As a commercial property, it may fail, but as one of the very rare examples of proper science fiction in the movies, it succeeds.