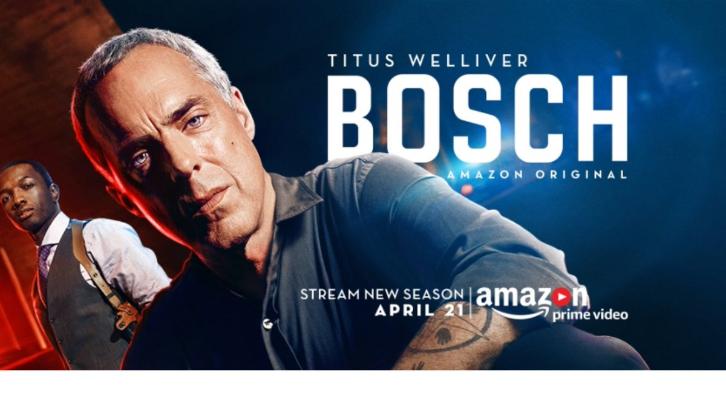 Well done to Amazon for releasing this third season of Bosch before my Prime subscription expires. (Since there is still no Apple TV app, I am not renewing. I’m also looking forward to going on a purchasing diet.)

Season 3 is based on two Michael Connelly novels – The Black Echo (1992), and – partially – A Darkness More Than Night (2001). Those novels give you the main two cases being investigated, but there is also continuity from previous seasons in terms of character development and relationships. For example, while Bosch originally met Eleanor Wish in his very first novel outing, The Black Echo, in this series she continues to be his ex-wife and mother of his teenage daughter (who is now old enough to be taking driving lessons).

So while it might seem a little strange to be going back to the first Bosch novel for the third season of TV, enough work has been done to make the plot fit with the continuity of the TV show.

The usefulness of adapting two (or more) novels is clear when it comes to the storytelling. Part of the joy of this police procedural is that it cleaves to a more realistic sense of time. Samples sent to the lab with a “rush” (cop show cliché alert) still take quite a long time to come back, so it’s not as if anyone is looking at the result of lab work after a single episode. In addition, you see Bosch being involved in several cases – dealing with the prosecution team for one, dealing with investigators for another, sticking his nose in elsewhere.

There’s a great sense, too, of how Bosch might be a bit irritating to work with. Partly this is because he is tenacious and uncompromising; partly it’s because other people are caught in the flood when he makes waves. Whereas (especially early) Bosch novels were a bit black-and-white when it came to his adversarial relationship with his line managers, for TV you get the sense that he is valued for his ability to clear cases, but considered a liability in court because of his tendency to go off on his own — and therefore susceptible to malicious accusations.

This matters, because (as I’ve said before) on paper, Bosch bears all the hallmarks of bog-standard police procedurals, and you’d be forgiven for mistaking it for just another one of those CBS-type shows. But while a “maverick cop” in a bog-standard procedural would solve the case and all would be forgiven, Bosch has to deal with the consequences of his unconventional actions every time he stands up in court. In this series, he’s been running an off-books investigation and has information crucial to another detective’s case – which compromises him in all kinds of ways.

In other words, there’s a clear and valid reason why the DA, say, might consider him a liability; or why the chief of police might feel moved occasionally to dress him down.

Season 3 continues the good work of the first two seasons, with characters now established and relationships under strain. The infuriating Bosch manages to alienate the people close to him and doggedly pursue the villains who underestimate him at every turn. The cinematography is still superb, and my criticism of Season 2 (that a lot of the episodes just finished arbitrarily) has been addressed, and there are some good episode cliffhangers this time.

Recommended, as ever. I think this is probably the best American police procedural, give or take NYPD Blue.