There have been a few big releases in 2018, and more to come. I wish Sugarland would drop their comeback already, instead of drip-drip-dripping pre-release tracks (four so far). The biggest surprise for me so far is that I didn’t prefer Ashley Monroe’s Sparrow to Kacey Musgraves’ Golden Hour.

Ms Musgraves and Ms Monroe have been on the same release cycle since their debuts in 2013. So far, I’ve preferred Monroe’s releases: prefer her voice, her songs, her production – especially on The Blade, released in 2015, and which sounds terrific. 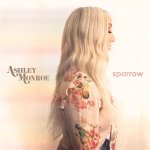 But now comes Sparrow, and I’m shocked to say, I don’t think I like it. I just relegated the opening track, “Orphan” from my phone’s playlist, and I never do that so early in an album’s life. But it sounds awful to me. Her voice sounds off key and whiny to my ears. I felt the same about the pre-released “Hands on You”. It sounds like someone struggling with their voice, struggling to hit those notes. Sounds like she has a cold, or is too tired. The same problem crops up throughout, on the chorus to “Mother’s Daughter”, for example. “Wild Love” starts off more promisingly, with some nice tremolo guitar, but then the strings kick in, and instead of the strong voice such production requires, you get this shaky, tentative, thin voice. In terms of music, the album sounds less soulful than The Blade, and there are more strings in the background. Maybe it will grow on me, but so far I’m disappointed. 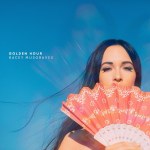 Meanwhile, Kacey Musgraves has a solid hit in Golden Hour. Ironically, my criticism of her sound has always centred on her voice, which I think weak and limited for a country singer. But I think it actually sounds stronger this time around, and certainly doesn’t suffer from the problems afflicting Sparrow. There’s certainly an attempt here to take her across to the pop charts, but that’s merely to consolidate her popularity outside country circles. She’s broken through sufficiently in the UK to penetrate the obstinately retro UK iTunes country chart, which is usually wall-to-wall Dolly and Johnny with recycled compilation albums. Musgraves’ sharp witticisms are poignards thrust into modern relationships. Even now, weeks after its release, Golden Hour sits at number four.

And let’s not forget that Ms Musgraves’ (and Ms Monroe’s) breakthroughs are taking place in an industry where female artists still don’t get played on US country radio.

Golden Hour has a bright, modern sound, and of course Ms Musgraves’ voice is clear and pure, perfectly pitched for the songs she writes herself. And there’s nothing here to frighten the horses, a basic backing of drums and guitars with some modern keys. Yes, there’s pedal steel guitar, she’s not leaving the genre behind like Taylor Swift. But then there is “High Horse”, which marries her witty lyrics with dance beats and techno sounds. It’s a new Modern Sounds in Country Music, and a clear progression from her last release. Getting better. 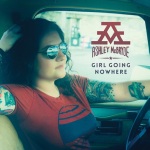 But Ms Musgraves doesn’t win the prize for best country album of 2018 so far. That goes to Girl Going Nowhere by Ashley McBride, which kicks off with a simple song about being written off by friends and family, which when she performed this title track at the Opry a while ago brought the house down.

Elsewhere, Ms McBride trades in heartland rock, on the likes of “Radioland” and “El Dorado” – to the point that I wonder if Mr Springsteen has heard the latter, which reminds me of nothing so much as “Dancing in the Dark”.

Meanwhile there are more country sounding songs, such as “A Little Dive Bar in Dahlonega”, “Home Sweet Highway”, and instant classic “Tired of Being Happy”, all of which foreground the witty, self-deprecating lyrics that make country great.

Finally, I was prompted to check out Blackberry Smoke by their collaboration with Amanda Shires on the track “Let Me Down Easy” on their new album Find a Light. With their classic guitars-drums-keys line-up, they’re classified under Rock, but if iTunes had a category for Southern Rock, this would be it. Lead vocalist Charlie Starr sounds like a slightly improved Ronnie Van Zandt, and the sound sits somewhere between Skynyrd (with fewer extended solos) and the Allmans (with few extended solos). “Flesh and Bone” isn’t the strongest album opening, but the next track, “Run Away from It All” kicks off the record properly, with driving guitars and heavy hits on the drums. Occasionally, as on “Medicate My Mind” and the aforementioned “Let Me Down Easy”, they pull out the acoustic guitars and sound more like Country Rock. They’re not reinventing the wheel, but sound like what they are: a road-hardened, hard working rock band. And given that I recently filled my Phone’s playlist with the first five Lynyrd Skynyrd albums, Blackberry Smoke certainly fit fit right into my life at the moment.